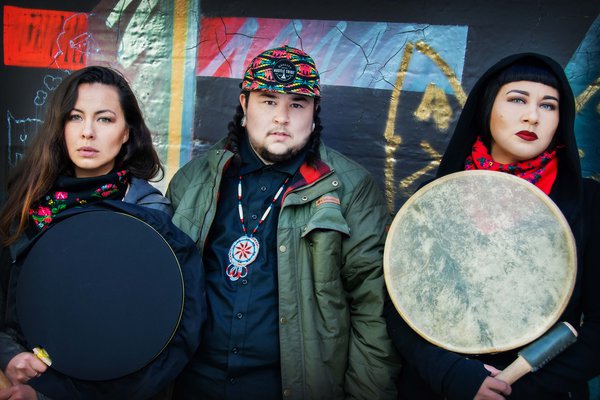 Quantum Tangle combines the wide-ranging artistic visions of Greyson Gritt, Tiffany Ayalik and Kayley Inuksuk Mackay who draw from their respective Anishinaabe-Métis and Inuit backgrounds to create a fusion of old-world sounds and new-world flair. Proudly and boldly displaying their roots, Gritt, Ayalik and Mackay tailor their music to examine systemic racism and colonialism, while offering ways to empower marginalized groups. After their 2016 EP Tiny Hands won the JUNO for Indigenous Album of the Year, Quantum Tangle followed it up with a dynamic full-length debut for Coax Records, Shelter as we go..., an acclaimed collection of songs that combine deep blues riffs, traditional throat singing and haunting melodies intertwined with hard beats and equally hard-hitting storytelling. “Our overall vision for this record was to explore the idea of shelter and how we find that in different ways and in different relationships,” Gritt says. “Whether that is being free to love the person that you love, to make a home with your family wherever you go or to fiercely protect your home when it is threatened.” Ayalik adds, “We both come from different backgrounds but something that we both share are questions about identity and what it means to be an indigenous person in Canada today. That is something that is reflected in our music. We both are very easy going and have a clear aesthetic in what we like, but are also both open to being surprised.” Quantum Tangle was chosen to be one of the featured artists on the From The North/Canada 150 tour that reached the three northern provincial/territorial capital cities, along with Ottawa, Montreal and Vancouver. Additionally, Tiffany Ayalik and Greyson Gritt’s skills at sketch writing and musical direction/composition were showcased in comedy legend Mary Walsh’s stage production, Canada, It’s Complicated, which toured coast to coast to coast throughout the autumn of 2017. Gritt and Ayalik first met in Ottawa in early 2014, and collaborated for the first time later that year at the Indigenous Circumpolar Women’s Gathering. The overwhelmingly enthusiastic response to their performance at that Gala prompted them to formalize their union. The name Quantum Tangle came soon after as a two-part homage: One, the scientific phenomenon known as quantum entanglement (basically, that nothing is separate and that a seemingly separate entity directly affects another) and two, a tongue-in-cheek reference to blood quantum rules established by governments to prove indigenous ancestry. However you interpret their name, Quantum Tangle is at the vanguard of indigenous musicians transforming Canadian culture, as they look back through history to challenge, educate and encourage audiences to be socially aware. 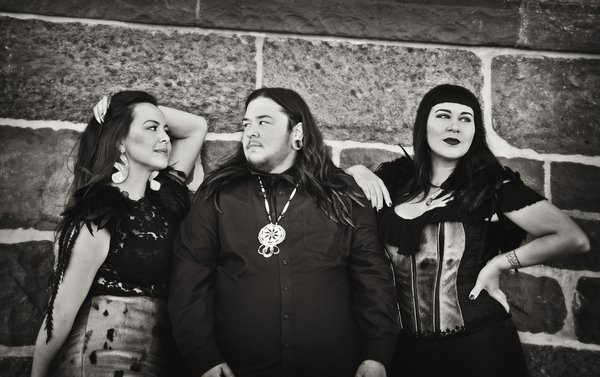 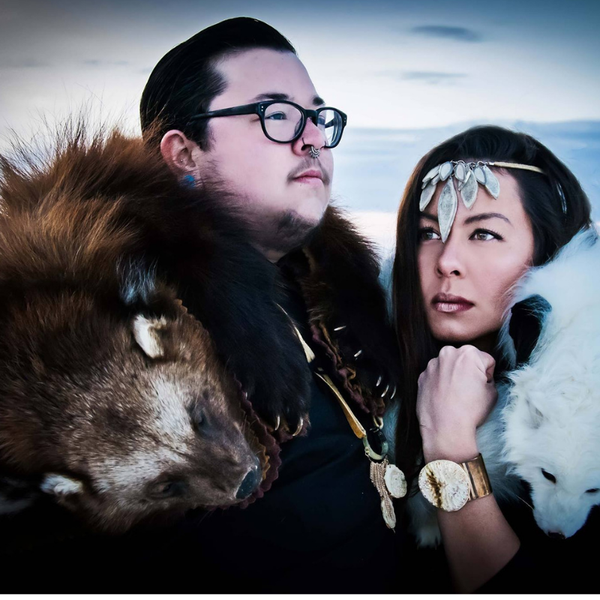