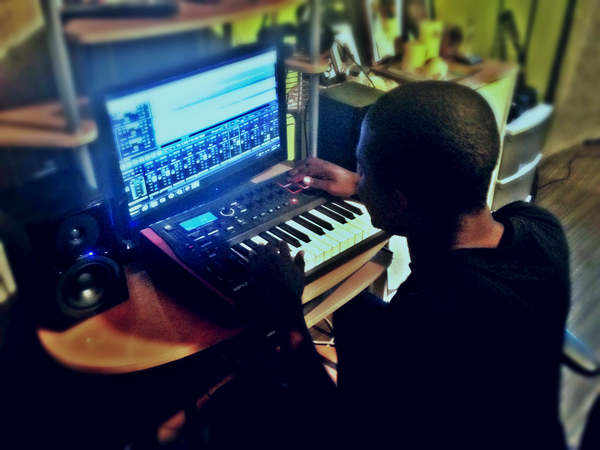 JOR’DEL DOWNZ JorDel Downz (born Jordel Downey, January 22, 1990), is a producer, beatmaker, rapper, singer songwriter and percussionist. His love of music is apparent as he has a hand in every part of the process it takes to create it. Hip Hop is his first love and he wears the hat of vocalist, producer and recording engineer proudly. Born and raised in the small town of Sudbury Ontario Canada, Hip Hop is not common in these Canadian parts allowing Jay to be untainted in his own creative sound. He was diagnosed with Retina Pigmentosa at birth, totally blind until 4 years old at which time he gained back over 50% of his sight in both of his eyes. Despite his condition it was evident JorDel was destined to be an artist from the early age of 5 when he would play his toys as instruments. He was sent to a residential school for the blind in Brantford for a decade starting at age 10 where he took drum lessons in high school for 3 years and performed lead vocals for high school rock/punk/metal bands. Inspiration came from his family bloodline as there are talented and dedicated artists who exposed him to music in many forms from an early age. Being the youngest of 3 children (2 older sisters) and living with his Mother he was exposed to R&B artists such as Jodeci, Keith Sweat & TLC and now draws his inspiration from industry hip hop icons Eminem, Tech N9ne, Andre3000 and DMX Downz began his artistic journey rapping at the age of 14 with his childhood friend T Cross, recording demos, until they parted ways musically years later. Towards the end of their time as a duo, he moved to London, Ontario, and attended Fanshawe College in 2010 with plans to go into the music industry course. Instead, he dropped out and focused solely on his music when he began working for recording studio Streetscape Sounds in 2011. Everything he needed to learn musically he did at Streetscape Sounds, mastering how to make beats and continuously upgrading his craft with the microphone. In 2011, Downz moved frequently between Sudbury and London, Ontario where he joined The Northern Union Collective. Within the years 2012 to 2014, he participated in a number of collaborations with local artists, as well as local shows to generate a buzz throughout the city of London and also released his first mixtape “Win or Die”. Jay continued to work and do more shows and in 2013 he collaborated on a song with Slaughterhouse famed artist Joel Ortiz, on a beat that Downz composed. This was an epic moment for his career and drove him to dedicate himself more to his craft. Downz parted ways with The Northern Union collective in spring 2014 citing creative, business and personal differences. The rest of 2014 was met with complications regarding an upcoming album followed by dire health issues. After 2 weeks in a Sudbury hospital Jay decided the best decision was to move back to his hometown to continue his career as an Artist. Spring 2015 Streetscape Sounds closed its doors and Downz is now operating his own studio. He now has his focus directly set on moving forward and building his skills behind the board to perfect his range of talents. With this new start, he changed his name from Jay Downz to Jor’Del Downz, joined management company Iceburgh Society and has been building his own brand successfully since. Now that Downz has entered the Toronto scene, he joined LiveGang, a collective of blood cousins (Jet Lyse, TWY, Deono and Young Saige). they continue to gain quite the following throughout Ontario with the release of several singles and music videos to strengthen their buzz, as well as the release of his new project “Open Your Eyes” getting closer. Downz has big plans to utilize his skills and talents by getting into further music and business ventures and doing more shows in as many cities as he can. With his experience and intense talent there is no doubt he will be musically pleasing his fans from many platforms of the industry for years to come and looks forward to any and all hard work he has to put in to make his dreams come true. 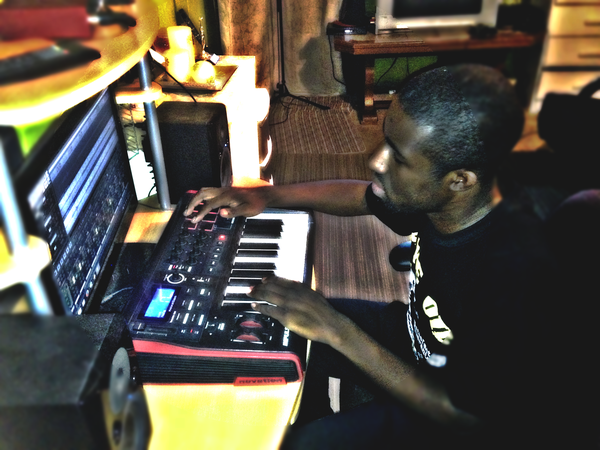