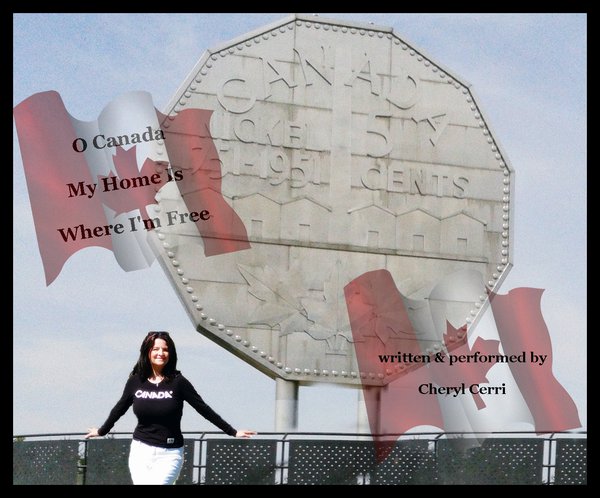 Canada’s 150th Birthday Song, released June 27, 2017, just in time for Canada’s 150th Canada Day Celebration is written by former Sudburian, Cheryl Cerri and is called, “O Canada My Home Is Where I’m Free”. Cheryl’s love for her country and vision of future generations being inspired to believe in their dreams, and her love of her country being united, strong and free, inspired Cheryl to write this song. Being born and raised in Sudbury, Ontario, Cheryl, now residing in Southern Ontario, and the owner of Voice Talent Toronto with her husband, began her career in Sudbury in musical theater with her mother and moved on to study Opera. A number of years ago, she was asked by her Member of Parliament, the late Honourable Diane Marleau, to sing on Canada Day on Parliament Hill on the CBC televised national show as the opening performer. That was a dream come true for Cheryl. Moreover, Peter Mansbridge, who will be performing his final Canada Day delivery on Parliament Hill this July 1, 2017, was the anchor who announced Cheryl when she sang on Parliament Hill. She wishes him a fond farewell and congratulations on a spectacular career. Over the years her performances have taken her to performing The National Anthem at the Skydome, the Air Canada Centre, a satellite performance for our Canadian Troops in Afghanistan, and most recently recording a CD with her husband called Their Voice to benefit the Good Shepherd homeless shelter downtown Toronto. Cheryl loves her country and Cheryl loves music. She has United both together to create this song. Such a significant birthday for Canada, Cheryl has released this song in time for Canada Day 150. 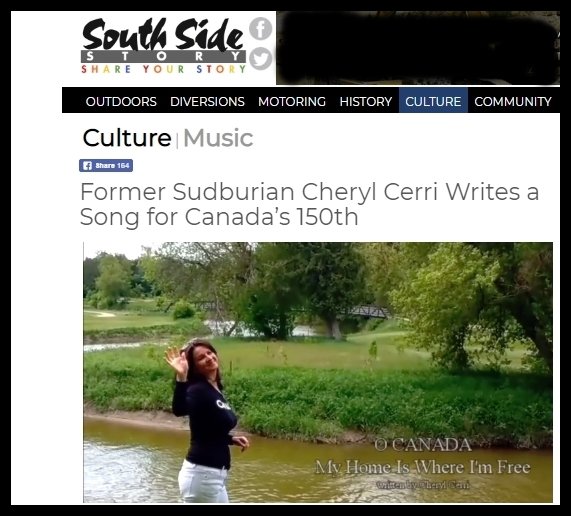 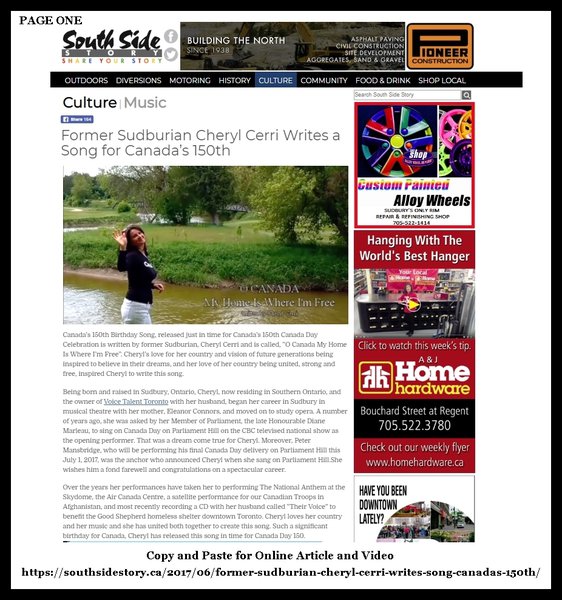 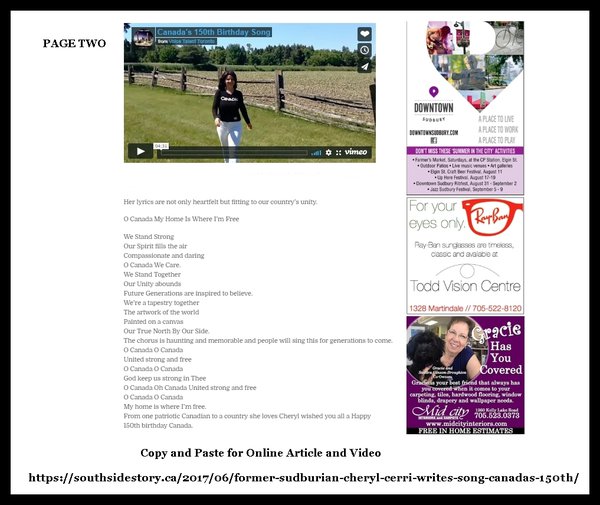