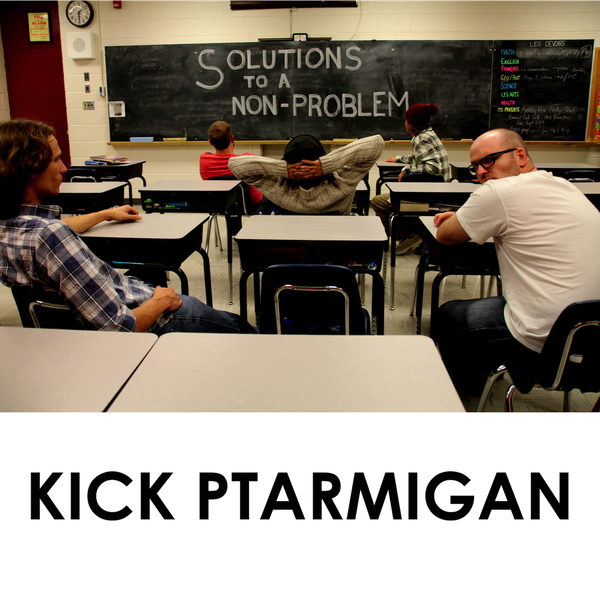 Kick Ptarmigan was formed in 2007 by Duncan Bell and MArtin Jenkins. Originally, they performed as an acoustic folk duo. Their first album, Feelgooderie, was released in 2010, and was nominated for the NOMFA (Northern Ontario Music and Film Award) for best album by a duo or group for the year 2011. Some additional members worked with Kick Ptarmigan while they were promoting Feelgooderie. Their sophomore album, Trihornasaurus, was released by the original members in 2011, followed by a short tour within Ontario. They also contributed two original songs to Shelfstock 2011, a Christmas fundraising project, as well as contributing vocals and instrumentation to a cover of Joni Mitchell’s “River.” In 2015, Kick Ptarmigan released a digital single of Slow Death Tone, with Regulator released as a b-side. They kept the same band name, but added Pat Lee, Joe Den Boer, and Ben Burden, and began performing as a 5 piece rock band. Kick Ptarmigan performed at the inaugural Turtle Music Festival, billed alongside Our Lady Peace, I Mother Earth, Hollerado and the Great Lake Swimmers. In 2016, Kick Ptarmigan entered the studio again to record their third full length studio album, Solutions To A Non-Problem, the first album featuring Joe, Ben and Pat and not using a made up word for the title. Solutions To A Non-Problem will be available for sale on December 9th, 2016.