CION is thrilled to announce and welcome Devin Mahesh, Film Sector Development Officer, and Peter Mihaichuk, Workforce Strategy and Development Officer, to the CION team! With a combined 30 years film and television production industry experience, Devin and Peter’s insight and contributions will be instrumental in ensuring the continued growth of Northern Ontario as a production-friendly region. 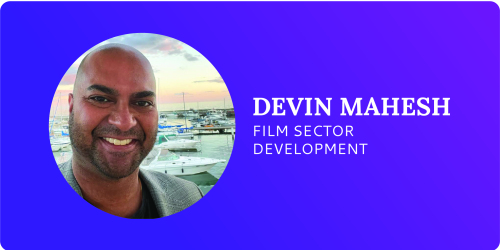 Born and raised in Toronto, Ontario, Devin Mahesh brings over 15 years of international film and television production experience to the CION team. After graduating from York University, Devin was accepted into the prestigious Film and Television Producing program at the New York Film Academy. In 2009, he won the Canadian Media Producers Association National Mentorship. As Devin began working on larger projects with more complex financial structures and technical demands his respect for filmmakers and understanding of their unique challenges grew. He has worked on award winning international co-production feature films, broadcast television series, documentaries, music videos, apps and games.

"Working closely with our municipal partners and local businesses, my primary goal is to further enrich Northern Ontario as a destination for film production, and maximize the economic benefits to the region. In addition to attracting business to the North, we want to help incentivize regional filmmakers and crew to reach the highest heights of the industry without having to leave Northern Ontario." 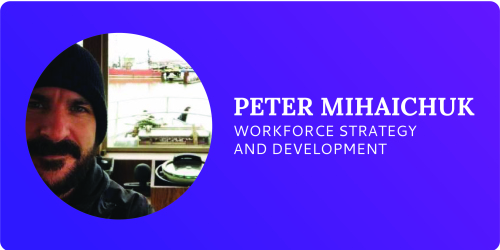 Peter Mihaichuk was born and raised in Sudbury, Ontario. He has over 15 years of experience in production design and art direction for Television and Film on projects such as Antibirth, Predator, Star Trek Discovery, and American Gods, just to name a few. Peter is a full member of the Directors Guild of Canada and has worked in the Northern Ontario, Toronto, Vancouver, and Los Angeles areas.

Peter stands committed with CION to grow the Northern workforce to meet the demands of production.